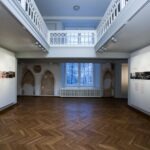 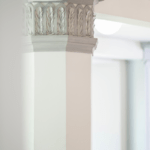 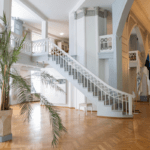 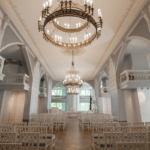 The Gala dinner is the social highlight of the conference and not to be missed. Please ensure you secure your place when registering.

PLEASE NOTE: Dinner tickets are only available to doctors

Remember to sign up as soon as possible, as the number of ticket for the dinner is limited. Registration for the Gala dinner is possible through the same system as used to register for the conference or please let us know by e-mail fob@amarela.ee

The White Hall, located on the third floor of the Museum, is one of the most prestigious venues of Tartu and a popular place to hold conferences, receptions, concerts, weddings and important town and university events.

The White Hall is part of the old school room of the Dome Cathedral. This monumental 14th century church was the religious centre of the Bishopric of Dorpat until the Reformation. The sacral building stood in ruins for centuries before it was once again put in use in the 19th century, now as a temple of knowledge. The choir area of the ruins became the University Library (completed in 1806). To this day you can see the five imposing octagonal pillars and the niches in the outer walls which give the room a medieval feel.

The library spanned three floors, each of which had a hall in the centre for walking and disputing. The lower floor was used as the University assembly hall until the construction of the main building in 1809. The second floor consisted of the reading room and a catalogue room. The books and manuscripts were kept in other parts of the building.

After the new library was finished in 1981, the building was given to the University History Museum. The halls were renovated between 1985 and 1988. During this time, the medieval niches were opened and the 19th century library interior partly restored.

The White Hall provides an introduction into the history of the University of Tartu, presents interesting facts about the university today and has an enjoyable digital gallery of rector magnificus portraits.Casual (Cocktail attire või Business attire)